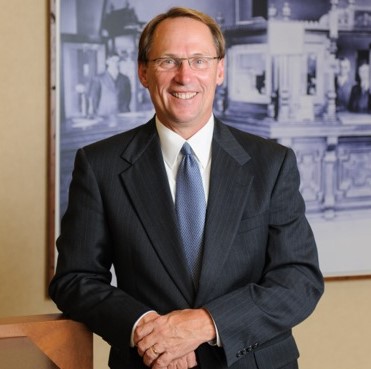 Jeff Plagge was appointed by Iowa Governor Kim Reynolds to the position of Iowa Superintendent of Banking and began his service in September 2019.

Prior to the appointment, Plagge was president & CEO of Northwest Financial Corp. of Arnolds Park, Iowa. Northwest Financial Corp. is a two-bank, $2.4 billion, privately owned, financial services holding company. Plagge has served the banking industry in many capacities, including serving as the Chairman of the American Bankers Association and Chairman of the Iowa Bankers Association.

Plagge recently completed his service as Chairman of The Clearing House Real Time Payments Advisory Committee and as a board member of Sheltered Harbor. He is a former Board Member of the Federal Reserve Bank of Chicago, a past Chairman of the Chicago Federal Reserve Community Depository Institution Advisory Council and a past member of the Federal Reserve Bank's Board of Governors Community Depository Institution Advisory Council in Washington DC. Plagge is also a Past Chairman of Delta Dental of Iowa and he has been involved with a host of other local, state, and national organizations, boards, committees, and task forces.

Outside of his current responsibilities as the Iowa Superintendent of Banking, Plagge serves on the boards of Northwest Financial Corp in Arnolds Park, IA and its subsidiaries, Northwest Bank in Spencer, IA, First National Bank in Creston, IA and Northwest Wealth Management in Arnolds Park, IA.

Jeff is a native of Latimer, Iowa. He received a bachelor's degree in Agriculture Business from Iowa State and is a graduate of the Graduate School of Banking at the University of Colorado-Boulder.

View Past Superintendents of Banking